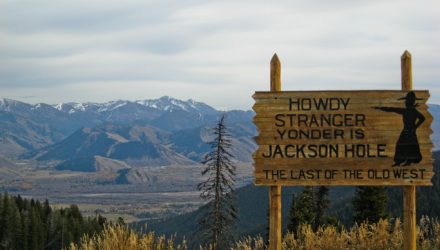 U.S. equities and stock exchange traded funds were stuck in sideways action Thursday as investors worry about the U.S. debt ceiling and wait on central bankers convening for the annual Jackson Hole symposium.

U.S. markets have been trading within range this month as traders weigh solid corporate earnings and steady global growth against geopolitical concerns and policy uncertainty in Washington, D.C., the Wall Street Journal reports.

The stock markets have weakened over concerns over President Donald Trump’s ability to push legislation through Congress. Trump has also warned of the potential “mess” with the upcoming debt ceiling with a late-September deadline closely approaching, which could risk defaulting on debt payments and lead to a potentially volatile month.

“Investors are reluctant to get too far out on their skis in terms of buying stocks,” Rick Meckler, president of hedge fund LibertyView Capital Management LLC, told Reuters. “Rallies are not extending the way they had when people had more confidence that the Trump agenda, particularly tax cuts, would be passed.”

Additionally, many are waiting as central bankers converge at Jackson Hole, Wyoming. While no major announcements on interest rates and stimulus programs are expected, traders are eyeing hints at policy outlook.