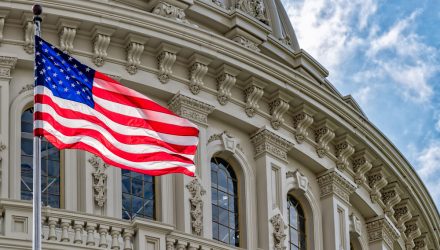 “I could say I’m not surprised, and give you all the reasons why it happened, but I think everybody is surprised by it and how quickly it happened,” Shawn Snyder, head of investment strategy at Citi Personal Wealth Management, told the Wall Street Journal of the approaching record for the benchmark index.

It has been only 123 trading days since the S&P 500’s last closing record on February 19. If the benchmark reaches a new high, it would mark the fastest recovery from a bear market on record. Furthermore, since the March 23 lows, the index surged 51%, or the best 100-day rally since 1933.

Supporting markets, the initial jobless claims for the week ended August 7 fell to 963,000, which marked the end of a 20-week streak of jobless claims above 1 million. However, observers warned that the recent jobless claims will hit harder on the economy since layoffs now are more permanent, compared to the temporary layoffs and furloughs at the beginning of the Covid-19 breakout.

Lydia Boussour, senior economist at Oxford Economics, argued that under 1 million jobless claims are encouraging, “but it’s still a painfully high number. We still have a labor market that is very impacted by this crisis.”

Meanwhile, investors are still worried about the expiration of the enhanced $600 per week unemployment benefits as it will likely leave less money for American consumers, dragging on a consumer-driven U.S. economy.

“The economy needs another fiscal booster,” Boussour added. “If it doesn’t get it, we run the risk of activity stalling and the labor market losing steam again.”

Democrat and Republican remained locked in stalled negotiations over the next stimulus package with no clear sign that it will be hashed out until next month. House Speaker Nancy Pelosi claimed the two sides remain “miles apart.”