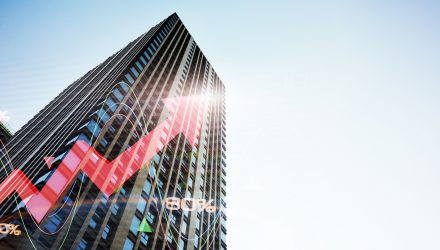 Some wary investors are looking to the increased volatility and a long-held recession indicator as signs of a pending turnaround in the market bull trend. The worries may be overblown as a strong economy may continue to sustain the stock exchange traded fund rally.

However, some traders are worried that a flattening yield curve may signal that a recession is right around the corner. The yield curve or difference in yields between short- and long-term government debt has narrowed to a near 11-year low in recent months, stoking fears that the U.S. economy may slip into a slowdown.

Over the last five decades, a recession has followed every time the yield on two-year Treasuries exceed that of the 10-year notes in a condition more commonly known as an inverted yield curve.

Credit Suisse analysts found that since 1978, the S&P 500 has gained 16% in the 18 months following an inversion of the yield curve. U.S. equities have also strengthened over longer time periods, rising an average 14% in the 24 months following a yield curve inversion and advancing 9.5% om the following 30 months. The pattern suggests that the U.S. bull market may have more room to run.