You are at:Home»Equity ETFs»U.S. Nonfarm Payrolls Fall Short of Expectations 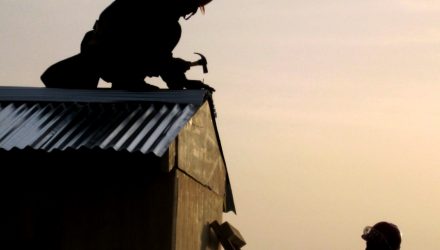 The U.S. Department of Labor reported today that total nonfarm payrolls increased by 157,000 for the month of July, which fell short of the 190,000 expected based on a Reuters survey of economists. It represented the lowest nonfarm payrolls gain since March after two strong months, but unemployment rate fell one-tenth of a percentage point to 3.9 percent, hovering close to its lowest level in nearly 50 years.

The Labor Department also reported that average hourly earnings met expectations, increasing 2.7% over the same period 12 months ago. The Fed will keep a watchful eye on the wages component since it seeks to meet its target inflation rate of 2%.

Despite the nonfarm payrolls number missing expectations, the prevailing sentiment in the markets is that the economy is strong despite trade wars looming in the background. After the United States announced on it was considering an increase in tariffs on $200 billion worth of Chinese goods from 10% to 25%, China announced today that it was preparing a $60 billion tariff retaliation on U.S. goods.

Nonetheless, it didn’t negatively impact the capital markets as the Dow Jones Industrial Average was up over 60 points, the S&P 500 was up five points and the Nasdaq was slightly down four points as of 11:45 a.m. ET.

“Right now, concerns about tariffs are just that: concerns,” said Michael Gapen, chief U.S. economist at Barclays Plc in New York. “There’s no evidence that businesses are changing the way that they’re hiring and spending.”