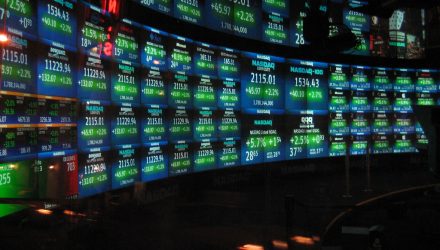 Following Labor Day weekend, all major U.S. indexes started in the red with the Dow Jones Industrial Average down over 150 points to begin the trading session, but pared losses to just under 70 points as of 10:45 a.m. ET.

Both the S&P 500 and Nasdaq Composite were down slightly–six points and 25 points respectively. The markets got a shot in the arm thanks to stronger-than-expected manufacturing data. The ISM U.S. manufacturing PMI rose to 61.3 during the month of August versus 58.1 in July after a Reuters poll of economists were expecting a drop to 57.7.

With a soft deadline last Friday, the U.S. and Canada were unable to procure a revamped NAFTA agreement. Canada is seemingly the next shoe to drop after a deal with Mexico was agreed to last week, but U.S. President Donald Trump appears to be in no hurry with Canada, citing that there’s “no political necessity to keep Canada in the new NAFTA deal.”