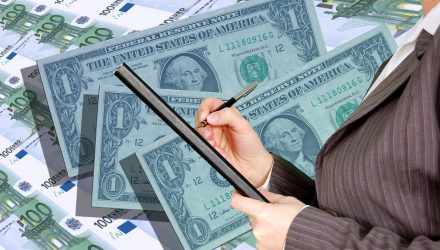 The Commerce Department revealed Friday that gross domestic product grew at a 4.1% pace in the second quarter, besting its 2014 pace and matching a Reuters poll of economists.

The markets were mixed, however, with the Dow Jones Industrial Average up 13 points, the NASDAQ down 45 points and the S&P 500 down 6 points as of 10:50 a.m. ET. Despite Thursday’s news of Amazon beating second-quarter expectations, the NASDAQ was dragged down by Intel Corp (down 8.7%) and Western Digital Corp (down 6.6%).

“We’re on track to hit the highest annual growth rate in over 13 years,” President Donald Trump said in remarks an hour after the report hit. “And I will say this right now and I will say it strongly, as the deals come in one by one, we’re going to go a lot higher than these numbers, and these are great numbers.”

With the strong second-quarter news came a revised first-quarter GDP of 2.2% compared to the previous 2.0%.