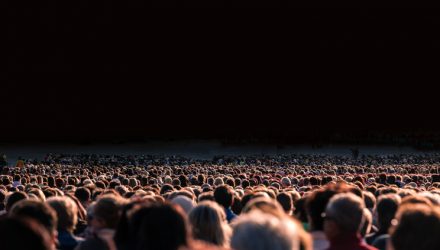 According to the Investment Company Institute, cash continued to flow into taxable bonds and international equities from U.S. fund investors for the 32nd consecutive week, reports Trevor Hunnicutt for Reuters.

World stock mutual funds and ETFs attracted $5.1 billion for the week while another $4.4 billion flowed into taxable-bond funds, according to ICI data.

Meanwhile, domestic equity funds somewhat recovered from the $11.6 billion in withdrawals the week prior but remained out of favor among investors. The funds experienced $2.1 billion in withdrawals over the seven days ended July 12, which marked a fourth straight week of withdrawals. Domestic stock funds have only brought in new inflows in four of the past 15 weeks.

Leo Acheson, senior analyst at Morningstar Research Services LLC, argued investors want to be in risk-assets like stocks but are looking abroad for better bargains, given the high valuations in U.S. markets. According to Thomson Reuters data, U.S. stock markets trade at around 23.6 price-to-earnings ratio, compared to the historic average of around 15.