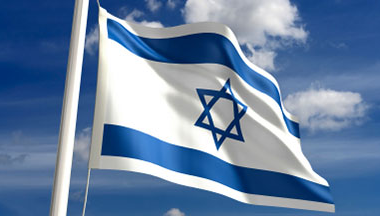 The official opening of the US Embassy in Jerusalem was met with angry Palestinians protesting the embassy move. Palestinians have condemned the move because they hope that East Jerusalem will one day be their capital.

The blockade on the Gaza strip has negatively affected the economy with 50% unemployment according to the United Nations. At least 1,700 Palestinian demonstrators were wounded along the border fence with Gaza, the Health Ministry reported, as the mass protests that began on March 30 and that had already left dozens dead began again. Israeli soldiers used drones to drop tear gas ammunitions and killed more than forty protestors in the last six weeks.

FULL REMARKS: @POTUS delivers a video address for the opening of the U.S. Embassy in Jerusalem https://t.co/GgvWN7JV2C pic.twitter.com/32HVfjYFGO

“As I said in December, our greatest hope is peace. The US remains fully committed to facilitating a lasting peace agreement.” – President Trump says about the official opening of the US Embassy in Jerusalem.

Maps of Israel, the West bank, and Jerusalem ahead of the US move

Maps of Israel, the West Bank and Jerusalem ahead of the US embassy move to Jerusalem from Tel Aviv pic.twitter.com/AgNkwaoSVp

Here is some footage of the protest:

VIDEO: Clashes have erupted between Palestinians and Israeli forces along the Gaza Strip's border with Israel ahead of the controversial inauguration of the US embassy in Jerusalem pic.twitter.com/lR70N5wPOQ