You are at:Home»ETF Strategist Channel»A US Corporate Tax Cut May Spur Worldwide Growth 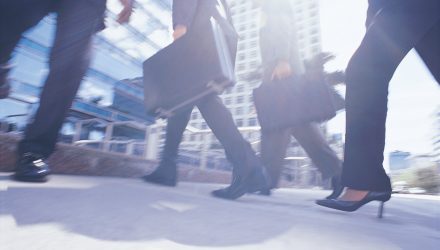 A US Corporate Tax Cut May Spur Worldwide Growth

If one believes, as we do, that a tax cut will unleash capital spending which, in turn, would spur productivity, GDP growth, job growth, and wages, is it possible that success in the United States could help the global economic prospects as well?

President Reagan cut the individual tax rate from 70% to 50% in his first term and then to 28% in his second term. Regrettably, however, after the corporate rate was reduced from 46% to 34% under Reagan (see here) it rose to 35% in 1994 where it has remained ever since despite the fact that other OECD countries have lowered their rates toward 20%. That reality can be seen in the chart below as many of the world’s largest countries have been cutting rates and since the amount of taxes ‘collected’ actually increased after the reductions.  As a result, many nations have been emboldened to reduce their tax rates further still.

As can be seen from the Cornerstone Macro chart below, the United States currently has a combined rate of 39% consisting of a 35% federal tax rate plus the average tax rate amongst the states while others in the OECD have a rate of only 25%, which is 14 points or about 35% lower on a stated basis.

Indeed, the next chart below clearly delineates that virtually all of the OECD countries have dropped their rates since 2000 and lowered them even further since 2008. The rare exceptions have been the USA, Norway and Chile.

In late 2016, OECD published its annual report and noted that Japan, Spain, Israel, Estonia, and Norway (one of the exceptions in the chart below) all lowered their tax rates on corporate proﬁts in 2015. Meanwhile, future reductions have been announced by France, Italy, and the UK, and even Japan is considering cutting again. The OECD went on to say that the average tax rate for corporate proﬁts declined from 32% in 2000 to 26% in 2008, after which time, the rate of decline slowed. While the overall 2016 ﬁgure was similar at 25%, the OECD stated that the downward trend now appears to be picking up steam again.