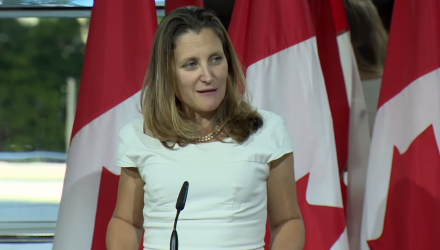 Talks between the U.S. and Canada on a potential post-NAFTA trade deal extended beyond the self-imposed deadline set for today, Friday Aug. 31.

This comes after the U.S. closed a bilateral deal with Mexico on Monday to replace the North American Free Trade Agreement, which was a major point of contention for US President Donald Trump during both his campaign and presidency.

Shortly after the US and Mexico closed a deal, both President Trump and Canadian Prime Minister Justin Trudeau expressed tepid optimism about closing a trade deal, and both leaders set Friday as a tentative deadline for negotiations.

PM Trudeau said of the deal, “We recognize that there is a possibility of getting there by Friday, but it is only a possibility, because it will ultimately hinge on whether there is ultimately a good deal for Canada.”

Despite no deal being reached by the Friday deadline, both nations seem optimistic about the prospect of reaching a deal in the near future.