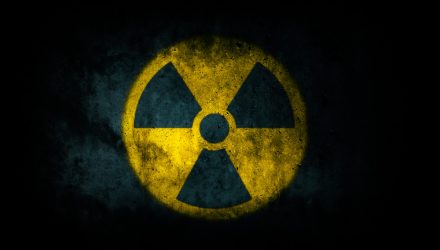 While the rest of the equity market has been stagnating, uranium sector-specific exchange traded funds have rallied on the surging prices of rare earth metals.

The price of raw uranium, or so-called yellowcake, has surged to its highest level since 2014, driven largely by a new investment trust run by Canadian asset manager Sprott, the Financial Times reports.

Many are betting that nuclear power could be a key component of the shift away from dirty fossil fuels. Additionally, the lack of new uranium mines could further support the move higher.

The recently launched Sprott Physical Uranium Trust has accumulated about 6 million pounds of physical uranium, or about $240 million’s worth, since it began trading on July 19, lifting uranium prices to over $40 per pound, compared to $30 per pound at the start of the year. Along with the holdings of a fund it acquired, Sprott now holds 24 million pounds of uranium, collectively worth $1 billion.

Meanwhile, global mining supply is expected to be about 125 million pounds for all of 2021.

The sudden buying spree could strain supplies, especially in a period when China is planning to expand its nuclear power capacity over the next decade.

Other investors have also been hoarding yellowcake, betting on a further rise in prices.

“This has been a key driver of the 30 per cent increase in the price of the metal in 2021,” Nick Lawson, chief executive at brokerage Ocean Wall, told the Financial Times.

While demand is expected to rise globally, supply is also anticipated to decline. The supply of uranium could fall 15% by 2025 and by 50% by 2030 due to a lack of new mine investments.

“Financial players are clearly accelerating price discovery, but this would not be occurring if there was not a fundamental and substantial deficit,” analysts at Canaccord Genuity told the Financial Times.

The increased demand for uranium may be seen as a broader shift away from traditional fossil fuels in a bid to cut carbon emissions.

“This is against a backdrop of growing energy demand as the economy recovers and a focus on carbon-free generation, with nuclear being a key element of non-fossil fuel baseload generation,” Jonathan Guy, analyst at Berenberg, told FT.