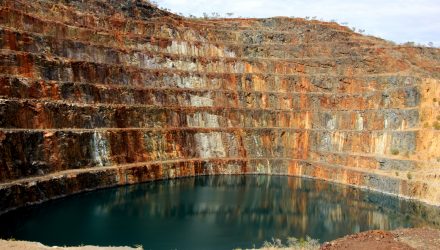 Uranium miners and sector-related ETF have powered up and broken back above its long-term trend line.

After falling off to its recent low in late October, the Global X Uranium ETF (NYSEArca: URA), which tracks uranium miners, surged 23.4% and is now 4.2% above its long-term, 200-day simple moving average.

“With the continued state of oversupply in the uranium market and no expectation of change on the immediate horizon, it does not make economic sense for us to continue producing at McArthur River and Key Lake when we are holding a large inventory, or paying dividends out of proportion with our earnings,” Tim Gitzel, the Cameco’s president and CEO, said.

Cameco pointed out that uranium prices plunged 70% since the Fukushima disaster in March 2011 but was partially protected due to its portfolio of long-term contracts. However, contracts are now “running out and it is necessary to position the company today to generate cash flow if prices do not improve.”