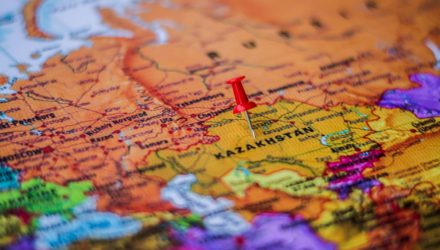 Uranium ETFs Power Up on Supply Concerns in Kazakhstan

President Kassym-Jomart Tokayev of Kazakhstan accepted the resignation of the government in a bid to mollify domestic unrest after mass protests against the surge in the price of fuel turned violent. The country runs on LPG, which previously had a price cap, but on January 1, the government lifted the cap, effectively doubling the cost of the fuel overnight.

Protesters in Kazakhstan’s largest city even rushed into the presidential residence and the mayor’s office on Wednesday, setting both buildings on fire, according to the Associated Press.

While protests started over a near-doubling of prices on liquefied gas, which is widely used as car fuel, the rapid spread of the unrest could reflect wider discontent in the country.

In relation to the uranium markets, Kazakhstan makes up about 43% of global uranium production, as it is home to the world’s largest uranium producer, Kazatomprom, Stockhead reports. Some market observers warn that the political unrest could further fuel higher uranium prices.

Furthermore, the uranium markets have enjoyed steady growth as the world’s focus on fighting climate change has helped bring attention to alternative sources of relatively cleaner energy. Over the past year, there has been a large move toward going net-zero by 2050 as countries across the world pledge to meet new emission targets. While solar and wind power have been a mainstay in the green energy movement, many countries will still have to rely on nuclear power to make the shift away from crude oil.