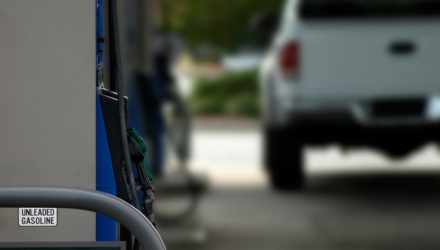 The Energy Select Sector SPDR (NYSEArca: XLE), the largest equity-based energy exchange traded fund, is off about 8% over the past week as U.S. stocks have tumbled, but that could represent a buying in the once downtrodden energy sector.

Supporting the crude oil markets, the expanding global economy has increased demand for commodities and drawn down oil inventories. For instance, according to the Energy Information Administration, U.S. crude stockpiles have declined for the past 10 consecutive weeks and are now at their lowest level since 2015. Recently, Exxon Mobil (NYSE: XOM), the largest U.S. oil company, said it plans to triple investments in the Permian Basin by 2025.

Meanwhile, the energy industry has grown more efficient after cutting costs in response to the plunge in crude oil prices in previous years, so they are now in a better position to improve revenue at lower oil prices.

A combination of factors, including global economic growth, continued weakness in the dollar, the ability of OPEC to keep production curbs in place and restraint on the part of U.S. shale producers has helped lift WTI over the $65 mark and convince investors the higher prices are now sustainable,” reports Reuters.