You are at:Home»Featured»Unlock Emerging Markets without the State-Owned Enterprises 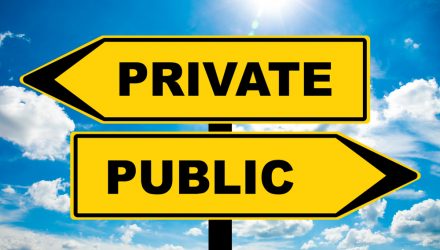 Investors interested in moving into the emerging markets growth space should look to exchange traded fund strategies that do more than just track traditional benchmark indices.

The 14-year return for emerging markets is nearly zero, “and with a lot of red in the middle,” Carter added.

Investors have utilized popular broad emerging market funds to track benchmarks like the MSCI Emerging Market Index, but those EM funds are exposed to state-owned enterprises, which are owned and controlled by the government. These so-called SOEs are large, inefficient, have poor corporate governance, and may show widespread corruption. Among the largest or most popularly traded emerging market ETFs, 30% of underlying holdings are allocated to SOEs.

As a better alternative to focus on the shifting trends in emerging market consumption, Carter pointed to assets like the Emerging Markets Internet & Ecommerce ETF (NYSEArca: EMQQ), which includes access to EM companies related to online retailers and the quickly expanding e-commerce industry. To be included within the ETF’s underlying index, companies must derive the majority of their profits from e-commerce or Internet activities like search engines, online retail, social networking, online video, e-payments, online gaming, and online travel.

“What we’ve done is create really the tip of the spear not just of growth in emerging markets, but in the entire world,” Carter said of EMQQ.

Despite China’s recent regulatory scrutiny on its major technology companies, Carter argued that the growth of the middle class and adoption of smartphonea and the internet should be enough to keep the momentum going.

“This is the fastest-growing sector I think by far in the world and investors in this particular sector have done very well,” Carter added, noting that emerging markets account for 85% of the world’s population.

“All of those billions of people [are]getting their first computer, their first internet access and importantly, because they don’t have a bank account with a debit card, they don’t have a cable television on the wall and there’s not a Target store, they’re leapfrogging to digitize consumption and are in many ways more digital than we are,” he said.