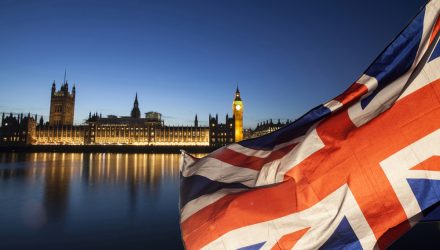 United Kingdom ETFs Are Among Worst Hit in Developed Markets

United Kingdom country-related exchange traded funds have been among the worst performers in the developed markets after the U.K. economy suffered a record contraction in response the lockdown measures to contain the spread of the coronavirus.

While the markets and economy will recover as the country reopens businesses, the poor figures will increase the pressure on the government and the Bank of England to take a more proactive approach to support the recovery.

The country was hit by the highest death rate in Europe, and the economy took a heavy toll for the grave mistakes since the beginning of the outbreak. According to the OECD, the U.K. could experience one of the developed world’s deepest recessions in 2020, with output plunging more than 11%, or the the most in over three centuries.

“April was the first month to be fully encompassed by the lockdown. But these figures are nevertheless shocking, and it goes without saying that this kind of fall in activity is virtually unprecedented, either in scale or speed,” James Smith, an economist at ING, said in a note.

Furthermore, the social-distancing rules and the potential for a no-deal Brexit “all pose challenges to the U.K. economic recovery,” and will push the BOE to raise its bond-buying program, Smith added.

Most economists now expect the Bank of England to take a more aggressive approach and increase purchases by at least 100 billion pounds as it meets next week. Bank of America Merrill Lynch economists also anticipates the policymakers to cut interest rates to 0% to make the terms of a lending program more generous and possibly implement a form of yield curve control.

Looking at the economy, unemployment is expected to be its worst since the mid-1990s, with over 7,500 job cuts announced on Thursday alone, despite massive government support.

”We’ve always been in no doubt this was going to be a very serious public health crisis but also have big, big economic knock-on effects,” Prime Minister Boris Johnson said. “We have been very badly hit by this.”