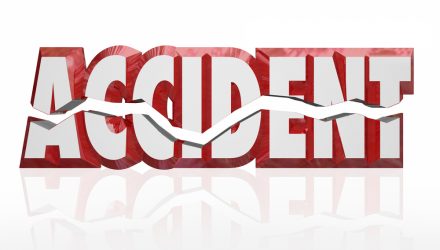 An Unintended Consequence in the Growth of Index ETFs

As the popularity of passive exchange traded funds and index-based funds continue to grow, corporate performances may be declining over time.

According to a recent study conducted by Brian Bratten and Jeff Payne of the University of Kentucky and Meng Huang of the University of Toledo, companies with higher passive ownership among investment funds engaged in more stock buyback activity and suffered worse financial outcomes, Bloomberg reports.

The study found that disengaged owners “lowered the association” between stock repurchases and future performance. Furthermore, the activity was also positively associated with “suspect” buybacks that only helped companies meeting or beating near-term earnings expectations.

“Our study provides evidence that passive investment may allow opportunistic management behavior that negatively affects future firm performance,” according to the researchers. “The growing influence of passive investment may lead firms to make repurchase decisions that are inconsistent with the interests of investors.”

This study on stock repurchases is only the latest in a number of other observations that have raised issues such as the erosion of rivalry among companies due to the rising popularity of wide-sweeping index funds. However, research over the role of index-based funds in corporate governance has produced mixed results as one notable study in 2016 indicated a strong correlation between passive investments and improved management.

The recent study also contends that companies with high passive ownership are less likely to look over their shoulder and more likely to engage in strategic repurchase activity to show forecast-beating earnings.

“Passive investment may imply less monitoring, but it does not remove manager’s incentives to report higher levels of earnings per share to support current period stock prices,” the researchers said. “Passive investment may thus disproportionately lead to management engagement in repurchases that improve short-term performance, potentially at the expense of long term value.”

Passive index-based investment strategies have been gaining momentum in recent years as more investors become disillusioned with the high costs and underperformance of actively managed funds. While passive ownership is still in the minority, assets in index-based U.S. equity funds outpaced those in active funds for the first time last year.