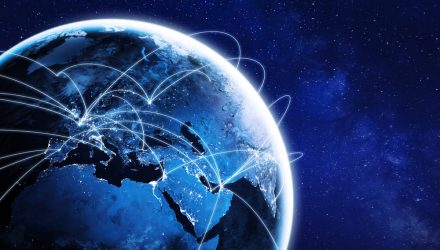 Looking ahead to 2022, it’s important for advisors to understand and plan ahead for the geopolitical landscape and the investment risks it might pose in the short, medium, and long term. Understanding the geopolitical risks looking forward will allow advisors to inform and educate their clients, and help to manage portfolio strategies in meaningful, risk-aware ways.

IndexIQ recently sponsored a webcast, Geopolitical Risks That Could Potentially Impact Portfolios in 2022, that featured John Sitilides, principal at Trilogy Advisors, and Lauren Goodwin, portfolio strategist for New York Life Investments, and was moderated by Dave Nadig, CIO and director of research for ETF Trends and ETF Database.

Among the topics discussed were the U.S. security alliance with the U.K. and Australia in the Indo-Pacific region, the fallout between the U.S. and France and the role of the EU in geopolitics, China’s push to be a global leader and the impacts those choices have worldwide, and the U.S.’s withdrawal from Afghanistan and the subsequent aftershocks.

Setting the stage is the political climate of the U.S. under the Biden administration, which has overturned some Trump-era policies but has left other strategies in place.

With the collapse of the relationship between Australia and China, a new alliance was formed. The U.S., U.K., and Australia have a new military alliance in the Pacific, plus an agreement to create a new base and have the American Marines rotate a task force of 2,000 in Australia.

At the same time, the Quadrilateral Security Dialogue (QUAD) alliance of the U.S., Australia, Japan, and India formally arranged an agreement that would work to support each country and offer aid, as well as help enforce maritime domains in a time when China is pushing aggressively into outside territories. In the midst of it all is Taiwan, the world leader in microchips, which has been creating and deploying long-range, deep-strike missiles aimed at deterring a Chinese invasion.

The ending of the war in Afghanistan and the withdrawal of troops led to a collapse of the Afghanistan government and has plunged one of the richest areas in mineral deposits into instability. The abrupt departure of U.S. troops also left behind arsenals of advanced weaponry and caused thousands of prisoners to be free once again.

The global stage is rife with geopolitical turmoil; see the resurgence of the jihadist movement, Russian interference and the weaponization of oil and gas dominance in the EU, tensions with China, and instability caused by Iran.

Portfolios could be subject to a lot of risk in the next year, and there are several ways to counter concerns by investors. Two examples of investment approaches include addressing the risk of currency volatility from geopolitical risk with a 50% currency hedged strategy, and addressing the concerns that risks are pervasive and risk management is complicated with a strategy that involves an ESG focus.

Financial advisors who are interested in learning more about this topic can watch the webcast on demand here.