You are at:Home»Equity ETFs»U.S. Stock ETFs Weren’t Too Thrilled by Amazon-Whole Foods Deal 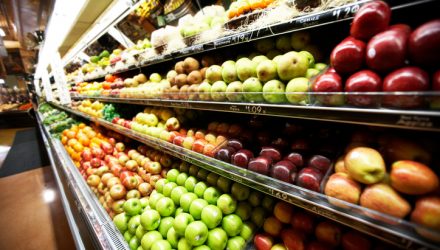 Amazon said it would acquire Whole Foods for $42 per shares, valuing the grocer at a 27% premium to its Thursday close.

The retail sector sank after the deal by Amazon was interpreted as a threat to brick-and-mortar supermarket chains and grocers. Many feared that Amazon’s foray into the grocery store space would hurt other businesses, similar to what happened when the online retailer weighed on bookstores.

“Dominant players like Wal-Mart, Kroger, Costco, and Target now have to look over their shoulders at the Amazon train coming down the tracks,” Charlie O’Shea, lead retail analyst at Moody’s Investors Service, told Reuters.