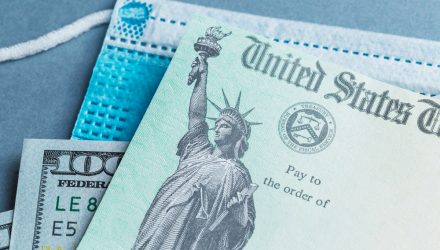 Another $2,000 stimulus check could be on the table as Senate Majority Leader Mitch McConnell said the chamber would address President Donald Trump’s push for a raise in payments from $600, Reuters reports. However, a new bill would require 60 votes and the support of Republicans.

The Democratic-led House of Representatives already approved the move to increase direct payments.

“Most investors thought they had a clear idea of the government stimulus package, but it’s really up in the air to how it is going to be handled,” Rick Meckler, partner, Cherry Lane Investments, a family investment office, told Reuters.

U.S. markets have been gaining momentum and touched new heights Monday after Trump signed a $2.3 trillion fiscal bill that restored benefits and averted a federal shutdown. The United Kingdom had also reached a post-Brexit deal with the European Union.

“Some people are getting carried away by the race for records. The market momentum is pushing and exceeding these record highs,” Carsten Brzeski, global head of macro research at ING Groep, told the Wall Street Journal. “They are fictive thresholds, but benchmarks can live their own lives and this is happening now.”

Across the pond, the European investors were relieved after Britain and the E.U. reached an agreement that includes a free-trade accord, ending over four years of uncertainty.

“The Brexit deal will help risk sentiment. As investors come back to the office for the first time since Christmas, people are looking into the details of the deal,” James Athey, investment manager at Aberdeen Standard Investments, told the WSJ.