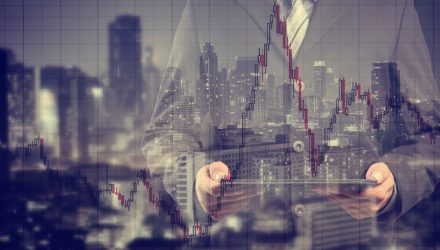 According to the Labor Department’s latest monthly jobs report, the U.S. economy added 528,000 new jobs in July, or more than double what economists previously expected, with payrolls bouncing back to pre-pandemic levels. Additionally, the unemployment rate dipped to a half-century low of 3.5%.

“From a Fed perspective, this report says, ‘let’s keep pressing on the policy brake’ because inflation is uncomfortably high,” Greg Daco, chief economist at EY-Parthenon, a consulting firm, told the Wall Street Journal.

In face of such a positive economic update, market observers fear that the Fed will have to re-adjust its timetable and even continue with its tightening monetary policy outlook to rein in a potentially overheating economy.

“Today’s jobs report is the exact opposite of a slowing economy,” Thomas Tzitzouris, head of fixed-income research at Strategas, told the Wall Street Journal. “This report means it’s going to be very difficult to support the view of rate cuts happening anytime before the end of next year.”

Fed Chair Jerome Powell previously warned that the central bank could add another “unusually large” interest rate hike at its upcoming September 20 to 21 meeting, depending on updates from consumer spending, economic growth, employment, and inflation.

“Today’s numbers should mollify recession fears but amplify concerns that the Fed has a lot more work to do,” Michael Feroli, chief U.S. economist at J.P. Morgan, told Reuters. “The inflation worries motivating the Fed will only be heightened by this jobs report.”