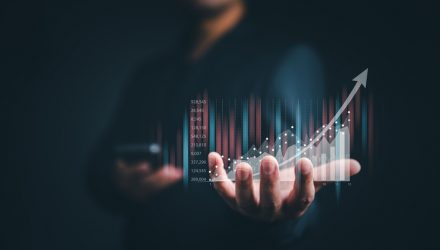 Major market indices rebounded this week as bargain hunters picked up cheap stock picks, and equities continued to rally Friday after some worse-than-expected economic figures added to investors’ hopes that the Fed might temper its hawkish stance, the Wall Street Journal reports.

“It’s clear that economic activity is cooling, which should cool down inflation. That together is rather positive,” Luc Filip, head of investments at SYZ Private Banking, told the WSJ.

The University of Michigan’s index of consumer sentiment declined in June to its lowest-ever level, reflecting the sour mood among Americans after inflation soared to four-decade highs and eroded their purchasing power, along with growing recession fears.

The markets have also been bouncing as many traders go bottom fishing, with U.S. markets trading in a bear market territory after falling 20% from its January peak.

“Some of the moves, the sellers just get exhausted so you don’t have as much capital moving out,” Shawn Cruz, head trading strategist at TD Ameritrade, told Reuters.

“This might be a little bit of a relief rally,” Cruz added. “But I think I would not encourage anyone to start going in with both hands at the moment, because we have seen this repeatedly where these things can reverse themselves pretty quickly.”

Easing some of the recent inflation concerns, the Refinitiv/CoreCommodity Index, which measures prices for energy, agriculture, metals, and other commodities, dipped to a roughly two-month low Thursday after rising to a multi-year peak in early June.

“Crude oil coming down is maybe a little bit of a glimmer of hope that inflation can at least moderate,” Cruz said.