You are at:Home»Equity ETFs»U.S. Stock ETFs Like What Yellen is Saying 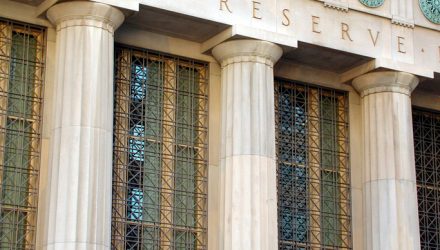 While investors and some Fed officials are worried about the recent dip in inflation and are looking for greater progress toward the central bank’s 2% target, Yellen argued that some temporary factors are holding back inflation but the Fed is still on pace to hit its target goal.

“It was a little bit more dovish than most had thought,” Richard Scalone, co-head of foreign exchange at TJM Brokerage, told Reuters. “She said rates won’t have to rise much further to get to neutral, I thought that was key. She said inflation response to economy is a key uncertainty, alluding to the inflation again, part of the dovishness.”

Looking ahead, fund options traders were betting on a 53% chance of a rate hike at the Fed’s December meeting after the release of Yellen’s testimony, compared to previous wagers of a 60% chance.

“In the absence of the micro data that corporate earnings release, central bankers will continue to be a great point of emphasis for investors,” Eric Wiegand, portfolio manager at the Private Client Reserve at U.S. Bank, told the WSJ.