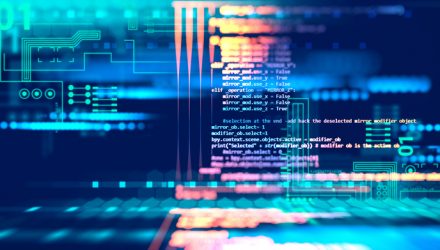 The weakness in the technology sector has been an ongoing theme, weighing on broad U.S. equities and stock exchange traded funds, on increased anxiety over lofty valuations as markets hover near record highs.

Dragging on the broader markets, technology company shares in the S&P 500 were 0.6% lower and tested their short-term, 50-day simple moving average on Thursday. Nevertheless, the S&P 500 tech sector has gained 16.7% so far this year, far outperforming other sectors.

The tech sector, though, soured recently after a drop in Apple (NasdaqGS: AAPL) shares triggered a mass sell-off and led to the segment’s largest two-day decline in almost a year.

“The huge tech run was impressive and has come to a point where people want to take some money off the table and preserve profits,” Andre Bakhos, managing director at Janlyn capital, told Reuters.