You are at:Home»Featured»U.K. ETFs Slide on Coronavirus, No-Deal Brexit Fears 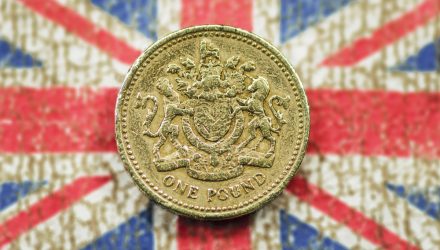 United Kingdom country-related exchange traded funds plunged Monday as the ongoing deadlock over a post-Brexit trade agreement and shutdown measures to contain the spread of a mutated Covid-19 drag on markets.

The British government imposed new lockdowns across London and the surrounding areas of England as we head towards Christmas, a period that has traditionally experienced higher consumer spending, the Wall Street Journal reports.

The renewed concerns stem from what scientists found was a new strain of Covid-19 in England that can spread 70% faster than earlier versions of the virus.

In response, countries across Europe and beyond have restricted travel from Britain in an effort to contain the new virus variant. Meanwhile, the broader Vanguard FTSE Europe Index Fund ETF Shares (NYSEArca: VGK) was down 1.9% and iShares MSCI Eurozone ETF (BATS: EZU) fell 1.5% on Monday.

Further adding to the U.K.’s woes, the country is now less than two weeks from the end of the Brexit transition period where it will formally break from the European Union trade agreements. However, negotiations over a free-trade deal that would diminish some of the expected roadblocks continues to stall. Investors hoped that common ground could have been reached on Sunday, but the lack of an agreement could cause the U.K. to fall back to World Trade Organization rules in trade with the EU, with tariffs from January on some goods between Britain and Europe.

“It does appear to be the perfect storm. We have the disappointment over Brexit—people expected news of a deal would come Sunday and that didn’t happen—and then on top of that we have the news of the sudden policy turnaround for London and the southeast. That’s going to have economic ramifications,” Jane Foley, head of foreign-exchange strategy at Rabobank, told the WSJ.