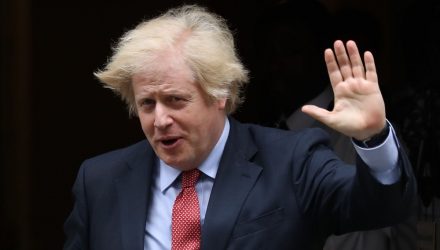 “The pound has fallen so much because of the rumblings of a resignation. I think markets have already priced in a change of government, and that should pave the way for a bit of medium-term stability.”

The latest political drama began earlier this week after several of Johnson’s senior ministers resigned from the cabinet. The mass exit comes after Johnson faced several high-profile political scandals over the past few months, including his handling of sexual misconduct allegations against a colleague and reports of multiple parties at 10 Downing Street while the rest of the U.K. was under COVID-19 lockdowns, Forbes reported.

“The resignation of Boris Johnson as U.K. PM will breathe a sigh of relief for U.K. investors as it curtails the uncertainty of a government in name only… The GBP remains severely weak due to the dire state of the U.K. economy which is underperforming its peers, likely to enter into a recession,” Walid Koudmani, chief market analyst at brokerage firm XTB, told The Telegraph.

Investors remained concerned about global economic growth and soaring inflation, and now, many are looking toward the earning season for signs of how companies are coping with the increased costs and weakening consumer confidence.