You are at:Home»Equity ETFs»Two Tech ETFs to Consider in October 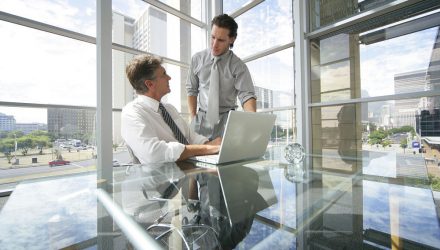 “It’s also worth noting that October is historically the best month to own both the PowerShares QQQ Trust and the XLK,” notes Schaeffer’s. “Since inception, QQQ has averaged an October gain of 4%, according to data from Schaeffer’s Quantitative Analyst Chris Prybal — more than double its second-best average monthly gain of 1.7%, which occurs in November. The XLK also tends to shine in October, gaining an average of 3.4% since inception, and rallying another 1.8% in November.”

Investors have added $1.6 billion to QQQ this year, making it the top asset-gathering PowerShares ETF.

Tom Lydon’s clients own shares of QQQ, Apple and Facebook.