You are at:Home»Investing»Two Black Men Teach the Country, Starbucks, and Kanye 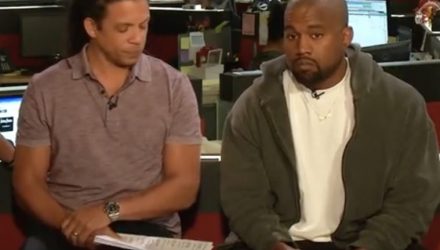 The two black men whose arrest at a Philadelphia Starbucks last month set off a wave of protests against Starbucks reached a settlement with the city and and a promise from officials to set up a $200,000 program for young entrepreneurs. This is a teachable moment for the country, Starbucks, and Kanye.

Donte Robinson and Rashon Nelson, both 23, will each be paid $1. Robinson and Nelson will also serve on a committee to establish and award the grant, which will focus on starting a pilot curriculum for public high school students to become entrepreneurs.

Related: Your Starbucks Habit is Killing Your Retirement

“We thought long and hard about it and we feel like this is the best way to see that change that we want to see,” Robinson told the Chicago Tribune. “It’s not a right-now thing that’s good for right now, but I feel like we will see the true change over time.”

What Would Kanye Say?

The arrest of Rashon Nelson and Robinson on April 12 was yet another case of racial profiling, as they were led away in handcuffs and accused of trespassing after the manager called police, stating the men refused to buy anything or leave when really, they were just waiting to meet the third person in their group who hadn’t arrived.