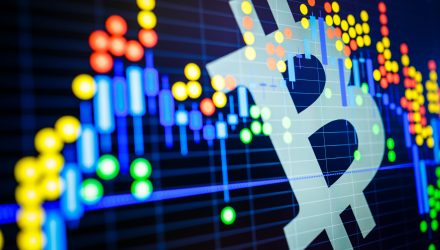 After consistent rejections of a bitcoin exchange traded fund by U.S. regulators, cryptocurrency market observers are turning to 2019 as the time when an ETF based on the largest digital currency will be approved. Pinning down an approximate date for that approval, however, remains elusive.

Last month, nine Bitcoin-based exchange-traded fund (ETF) applications got the thumbs down from the Securities and Exchange Commission on Wednesday, preventing the digital currency from gaining more acceptance from investors who are wary of the unregulated exchanges of cryptocurrencies. The SEC’s Division of Trading and Markets rejected applications from investment firms ProShares, Direxion and GraniteShares.

Turning To Next Year for Bitcoin

“However, considering the details of the VanEck/SolidX ETF proposal for which SEC has set a review date of September, the duo (Michael Graham CFA and Scott Suh of US Equity Research) expects another shift in the deadline, hence suggesting a more realistic ETF approval date to be sometime in 2019,” reports CCN.