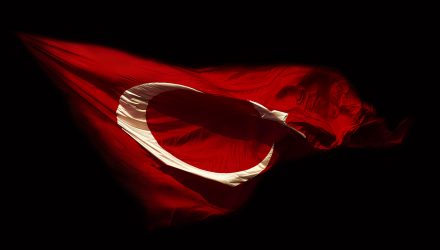 Amid the broader sell-off in the emerging markets on Thursday, Turkey’s lira currency and country-specific exchange traded fund plunged following a report of the potential resignation of a deputy governor at the central bank.

Meanwhile, the lira currency depreciated 2.7% against the U.S. dollar and was trading at 6.65 to the greenback after falling off as much as 5% earlier in the day.

The weakness in the Turkish markets is attributed to speculation that the Turkish central bank deputy governor and ratesetter Erkan Kilimci is leaving the bank and appeared to have joined the board of the Development Bank of Turkey, Bloomberg reports.

“Here we go again … They need to do so much better than this,” Ash said in a note.