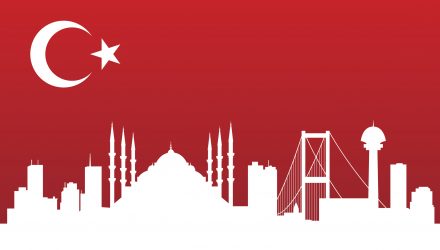 The Turkey country-specific ETF plunged Tuesday on growing concerns over President Recep Tayyip Erdogan’s hand over monetary policy during a delicate time in the economy’s recovery.

Dragging on the the markets, the Turkish central bank left its main rate unchanged at 17.75% in its first monetary policy decision since Erdogan was re-elected and acquired greater expanded executive powers, the Wall Street Journal reports.

Tuesday’s decision “wasn’t about monetary policy, it was about the independence of the central bank,” Viktor Szabo, a senior investment manager at Aberdeen Standard Investments, told the WSJ. “Turkey needs to get lucky with the external environment not to get a currency selloff. It’s the most obvious victim having one of the poorest external balances.”

The decision ran counter to what many market participants expected as analysts were calling for a rise of at least a percentage point to combat inflation, which climbed to 15.4% last month, its highest annual rate in 15 years.

Further fueling the exodus from Turkey’s market, the lira currency has lost almost a quarter of its value against the greenback since the start of the year on rising concerns that Erdogan would diminish the central bank’s independence and influence monetary policy decisions. Erdogan has long promoted lower interest rates to support investment and consumer demand despite surging inflationary pressures.

Furthermore, the weak lira will especially weigh on the country’s debt as Turkey has one of the highest levels of external debt among developing countries at 53.4% of gross domestic product, so a weaker lira increases liabilities when converting debt denominated in foreign currencies.