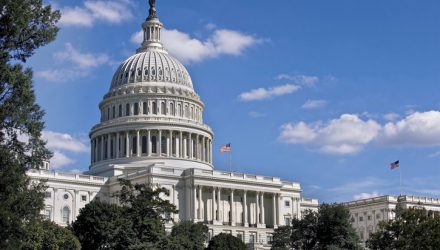 U.S. equities and stock exchange traded funds slid Wednesday on another round of Trump-induced political risk after the President threatened a government shutdown to secure funding for the Mexico border wall.

Market watchers calculate Congress has around 12 working days when it returns from summer recess on September 5 to finalize a new debt ceiling before the U.S. Treasury runs out of options to remain current on all federal government obligations, reports Sruthi Shankar for Reuters.

Fitch Ratings credit agency warned that a failure to raise the ceiling in a timely fashion could cause the ratings agency to review the U.S. sovereign credit rating “with potentially negative implications.”

“Trump saying he would be willing to shut down the government over the wall obviously doesn’t really inspire much confidence in anyone,” Michael O’Rourke, chief market strategist at JonesTrading, told Reuters. “The debt limit, which is truly urgent and something that needs to be addressed, where theoretically failure should not be an option, that is something of a litmus test for the market.”