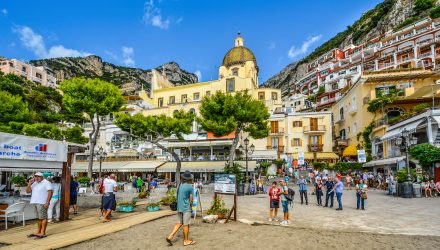 “We have to see how the government does its fiscal numbers,” said Holger Schmieding, chief economist at investment firm Berenberg. “If they don’t add up by the end of September, things could indeed get somewhat rough for Italy. This grave uncertainty about the fiscal plans is a significant rollback for Italy because it does mean that down the road, an Italian debt crisis — which would look pretty unlikely a year ago — is now a possibility.”

Just last year, Italy recorded a government debt equal to more than 130% of the country’s gross domestic product, but has struggled to keep its repayments down. There are no specifics as to how President Trump would implement this bond purchase. The Federal Reserve does have a market desk that typically handles the bank’s bond purchases, but it operates independently of the president.