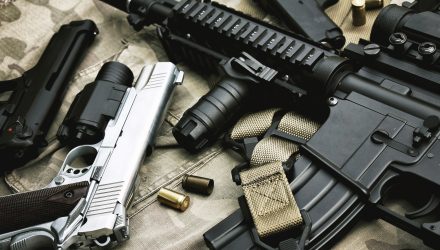 It’s no surprise that defense stocks are up after President Donald Trump fired Rex Tillerson and named CIA Mike Pompeo as the new Secretary of State.

Persistent tensions including how to deal with Nork Korea, Iran, and Charlottesville led to Trump firing Secretary of State, Rex Tillerson, right before North Korea negotiations are set to kick off.

Trump tweeted October 1: “I told Rex Tillerson, our wonderful Secretary of State, that he is wasting his time trying to negotiate with Little Rocket Man…”

A source also told CNN in July that Tillerson referred to Trump as a moron.

Although Trump said that Tillerson and him had been talking about his dismissal for a long time, Tillerson was caught off guard as to the reason behind being fired and was quoted several times earlier stating that he expected to be in the role through the 2018 year, calling his resignation “laughable” in December.