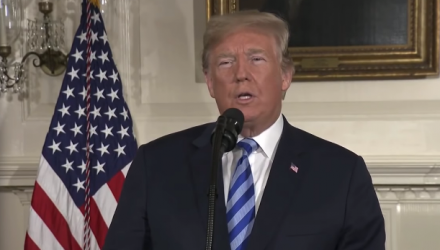 President Donald Trump on Tuesday announced the United States would exit from the Iran Nuclear deal.

Here is his full speech below.

Trump refused to answer question about the pullout, instead briefly commenting on progress in North Korea.

"Finally, I want to deliver a message to the long-suffering people of Iran. The people of America stand with you." pic.twitter.com/TsrheA7rUz

I have served with foreign Soldiers and armies all my professional life – including Iranian. The American Military word was trusted. I deeply regret @realDonaldTrump decision to walk away from the Iran Deal. He dishonors America and puts us and our allies at risk. #IranDeal