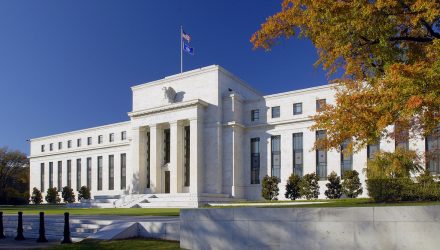 The capital markets are bracing themselves ahead of a Federal Open Market Committee meeting on Tuesday and a subsequent monetary policy announcement on Wednesday, which should give indications on the current state of the economy.

The meeting comes before the Department of Commerce stated last week that gross domestic product grew by 4.1% in the month of June–its fastest since the third quarter of 2014 and the third-best growth rate dating all the way back to the Great Recession. Furthermore, the Department of Commerce revised its first-quarter numbers to show a 2.2 percent increase rather than 2 percent.

The increase in GDP was spurned by a mix of tax cuts, deregulation and spending increases. The Fed expects GDP to rise 2.8 percent for 2018 in the aggregate, but diminish to 2.4 percent in 2019 followed by 2 percent in 2020.

The prevailing sentiment is that Fed Chair Jerome Powell and the FOMC are set to raise interest rates two more times through 2018.