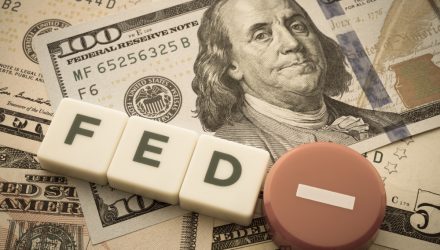 Treasury bonds retreated and yields rose after Federal Reserve Chair Jerome Powell warned that the central bank was prepared to “move more aggressively by raising the federal funds rate by more than 25 basis points at a meeting or meetings,” Bloomberg reports.

The Fed is looking at a tighter monetary policy outlook with multiple interest rate hikes ahead as the central bank tries to clamp down on surging inflationary pressures.

“We’re moving pretty quickly and seeing the two-year responding to market expectations of more rate hikes,” Greg Faranello, head of U.S. rates trading and strategy at AmeriVet Securities, told Bloomberg. With companies seeking to lock in current rates, “the stars are aligning for a breakout higher in long-dated yields. Oil is still rising, inflation is not coming down and quantitative tightening is coming.”

Two other Fed officials previously said they would be comfortable with hiking interest rates in even more aggressive half percentage-point increments.

“Markets, in our view, are underweighting the odds that the Fed will have to deliver more hikes to bring inflation back towards its target,” Praveen Korapaty, chief global rates strategist at Goldman Sachs Group Inc., said in a note Friday.

Meanwhile, bond investors have been plowing into Treasury bond ETFs after the recent retreat. For instance, TLT has attracted over $1.6 billion in net inflows on Friday alone, marking the biggest one-day inflow since its 2002 launch.

“Now that the Fed has become fairly aggressive, there is a normalization of the yield curve so I do understand why people really would want to stop and take on some interest-rate risk at the levels,” Leslie Falconio, UBS Financial Services, head of U.S. fixed-income asset allocation, told Bloomberg.