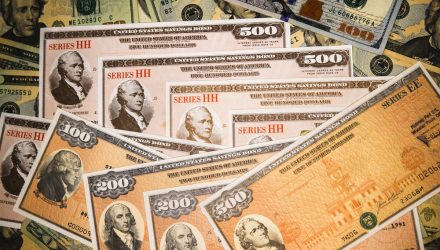 Bond yields, which increase as bond prices decline, have jumped this year ahead of the Federal Reserve’s hawkish monetary policy outlook to combat inflation levels at four-decade highs. Yields on benchmark 10-year treasury notes settled Friday at 2.885%, compared to 2.324% at the end of March, marking their biggest monthly advance since December 2009. This follows an already historic route in the fixed-income market over the first three months of the year when bond indices suffered through their worst quarterly returns since the early 1980s, the Wall Street Journal reports.

The Fed is widely anticipated to hike its target short-term interest rate by 0.5 percentage points, and investors are even betting on more increases later this year.

The next central bank meeting will also likely provide an update on the Fed’s plans to cut back bond holdings on its balance sheet to quicken the pace of monetary policy tightening.

Even after the recent spike in treasury yields, many market observers are still betting that the market hasn’t fully priced in how much interest rates will continue to rise. For instance, in the latest weekly survey, 44% of JPMorgan’s most active treasury clients were betting that yields could continue to rise, compared to just 22% who were anticipating yields to come down.

Kevin Nicholson, global fixed-income chief investment officer at RiverFront Investment Group, notes that his firm has avoided long-dated treasury notes in this type of market environment due to the uncertainty of returns if yields should rise further. Instead, RiverFront’s portfolios have turned to short-term corporate debt.

“We’re more willing to take credit risk than interest-rate risk, and so we have avoided treasuries in that sense,” Nicholson tells the WSJ.