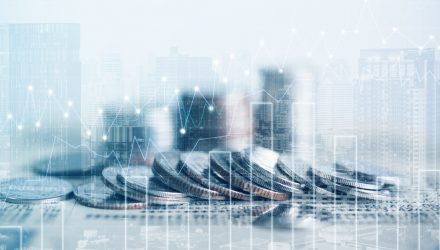 Treasury bond exchange traded funds strengthened as investors reassessed the geopolitical tensions over Russian and Ukraine on NATO warnings over the lack of a drawdown in troop movements.

The markets turned risk-off following warnings from the United States and NATO that Russia was still building up troops around Ukraine despite Moscow’s claims that it was moving back, Reuters reports.

The markets have experienced wild oscillations fueled by geopolitical risk as observers braced for an all-out war between Russia and Ukraine, despite assurances that diplomacy will ease tensions.

Looking ahead, investors will are now waiting on the Federal Reserve’s minutes from its latest meeting for more hints on how the policymakers will manage a massive balance sheet and hike interest rates to combat surging inflation.

The latest retail sales numbers showed a sharp rebound in January, and production at U.S. factories increased moderately, both of which helped bolster the case for a hawkish Fed action in March.

“If the consumer can absorb, continue to spend and thrive throughout this inflationary period, that gives the Federal Reserve more leeway to be aggressive in its monetary policy,” Keith Buchanan, portfolio manager at Globalt Investments, told Reuters.