You are at:Home»Fixed-Income»Treasury Bond ETFs Hit by Plans to Let Inflation Run 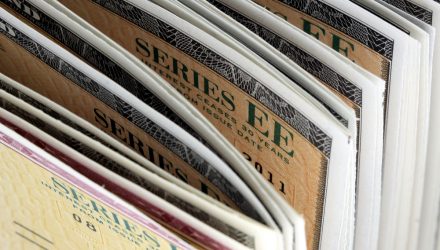 As inflation fears make another round through the markets, yields have jumped and dragged down Treasury bond exchange traded funds.

Yields on benchmark 10-year Treasury notes crossed over 1.75% for the first time in 14 months on Thursday a day after the Federal Reserve pledged to look past rising inflation and maintain its near-zero interest rate policy at least until 2023.

The accommodative Fed policies will help support a nascent economic recovery that is still trying to shake off the coronavirus pandemic. According to recent government data, the number of Americans filing for jobless benefits unexpectedly rose last week, while a separate report revealed the Philly Fed business index advanced more than expected to its highest level since 1973, Reuters reports.

Federal Reserve Chairman Jerome Powell reaffirmed the central bank’s stance to hold interest rates steady to support the economic recovery, even if inflation breaks above its 2% target this year.

The Fed also upwardly revised growth forecasts to 6.5%, which would be the highest in almost 40 years. The bank projected a fall in unemployment to 4.5%.

“The Fed has given a little bit of a green light to higher rates and the reason is pricing to reality, pricing to this stronger economic environment,” Tony Rodriguez, head of fixed income strategy at Nuveen, told Reuters.

Powell pointed to the growing distribution of the Covid-19 vaccination, the massive $1.9 trillion fiscal stimulus, and improving economic data would no longer justify a 1% 10-year yield.

Neil MacKinnon, global macro strategist at VTB Capital, believes that there is no tightening likely in the near-term, “the market is pricing in the upcoming sharp improvement in economic data, which would show strong activity and consumption.”