You are at:Home»Featured»Travel ETFs Jump as Traders Look Past Omicron 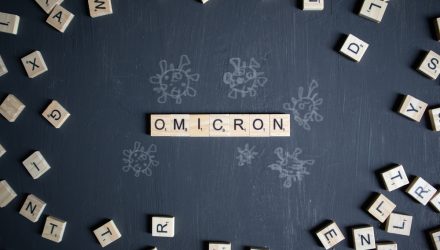 “Omicron continues to be a concern, and while there’s still a lot more we don’t know than we do know about the latest strain, reports continue to suggest that despite the higher transmissibility, its impact has not been nearly as harsh,” Bespoke Investment Group, wrote in a note early Monday, Business Insider reports.

U.S. chief medical adviser Anthony Fauci told CNN that there didn’t appear to be a “great deal of severity” to Omicron, the Wall Street Journal reports.

Meanwhile, regulators stated that the Food and Drug Administration will streamline authorization for a readjusted vaccine to fight off the Omicron variant.

“It seems like this is not going to lead to the worst-case scenario. I wonder if we’re being complacent, but the early indicators suggest we’re not,” Fahad Kamal, chief investment officer at Kleinwort Hambros, told the WSJ.

U.S. markets have experienced wild oscillations as the spread of the relatively unknown Omicron variant fueled fears of another resurgence in coronavirus cases, along with continued global lockdown measures that would impede the economic recovery. However, concerns were somewhat eased after South African health officials said the strain caused mild infections.

“Last week’s losses are likely to be taken back this week if people see that Omicron isn’t as deadly as previous mutations,” Stuart Cole, head macroeconomist at Equiti Capital, told Reuters.