You are at:Home»Equity ETFs»Transportation ETFs Could be Ready to Rally 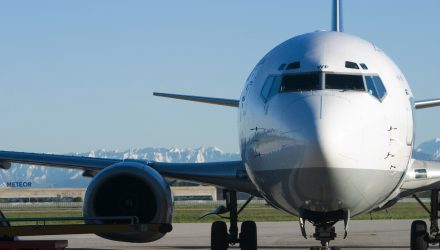 Transportation ETFs Could be Ready to Rally

The iShares Transportation Average ETF (NYSEArca: IYT), the largest transportation exchange traded fund, is down nearly 7% over the past month, but some traders believe that decline has transportation stocks poised to bounce back.

IYT tracks the Dow Jones Transportation Average (DJT). Transportation stocks were expected to benefit from lower oil prices and while that has been the case for airline stocks, other industry groups represented in IYT, including railroads, have lagged broader equity benchmarks.

“The Dow Jones transportation average is now just barely negative on the year, but as recently as Friday it was down 14 percent from its 2018 highs hit in January,” reports CNBC. “The 20-constituent index, composed of airline and transport stocks like Delta Air Lines, J.B. Hunt and Norfolk Southern, rolled over with the broader market earlier this month before making a comeback in recent sessions.”

Going forward, the allure of infrastructure investing, which investors can easily engage in via exchange traded funds, could and should rise as governments around the world finally commit the capital necessary to upgraded dated and dangerous bridges, pipelines and roads.