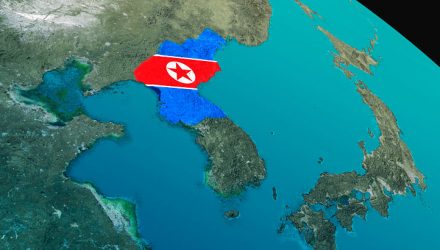 Home to $3.8 billion in assets under management and more than 17 years old, EWY is one of the largest and old single-country ETFs in the U.S. This year, it is also one of the best-performing individual country ETFs as highlighted by a year-to-date of nearly 30%.

“However, on Tuesday, the ETF’s shares fell nearly 1 percent, moving in concert with a weakening of the U.S. dollar and a decline in the U.S. benchmark S&P 500 stock index,” reports Reuters. “While news of potential miniaturization of a nuclear device by North Korea was cited in a Japanese Defense Ministry annual report earlier on Tuesday, the decline in global markets during U.S. trading hours coincided with a report from the Washington Post.”