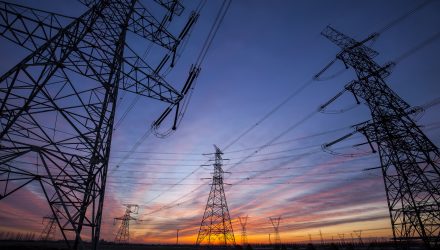 Traders Bet on a Rebound For This Energy ETF

Oil services stocks and the related exchange traded funds, such as the VanEck Vectors Oil Services ETF (NYSEArca: OIH), are often intimately correlated to oil prices. That can be a disadvantage when oil prices are faltering.

With oil prices languishing for most of the fourth quarter, OIH entered Wednesday with a fourth-quarter loss of more than 31%, putting the largest oil services ETF on pace for its worst quarterly loss on record. Recent moves by the Organization of Petroleum Exporting Countries (OPEC) to reduce supply are not benefiting OIH, which is lower by more than 13% over the past week.

“Options traders, meanwhile, have been actively accumulating calls on OIH in recent weeks. At the International Securities Exchange (ISE), Chicago Board Options Exchange (CBOE), and NASDAQ OMX PHLX (PHLX), the fund’s 10-day call/put volume ratio of 13.14 ranks in the 97th annual percentile, meaning puts have been bought to open over calls at a faster-than-usual clip,” reports Schaeffer’s Investment Research.

Some analysts are turning bullish on oil services stocks. The U.S. energy sector have been able to easily access and raise capital, which has led to higher oil production capacity within the industry. Furthermore, improving technologies, notably hydraulic fracturing or fracking technologies, have allowed the U.S. energy sector pump out more oil and achieve profits even as crude prices dipped below their most recent cyclical peaks.

Oil services stocks are usually highly correlated to oil prices and have been among the worst or best performers in the energy space, depending on what direction oil prices were swinging toward.

“While the bulk of this activity has centered at the weekly 12/28 20-strike call, today’s options traders are targeting the January 2019 18-strike call. With call volume running at six times the average intraday pace, Trade-Alert pegs buy-to-open activity at the back-month strike, suggesting speculative players are targeting a short-term bounce for the oil ETF,” according to Schaeffer’s.