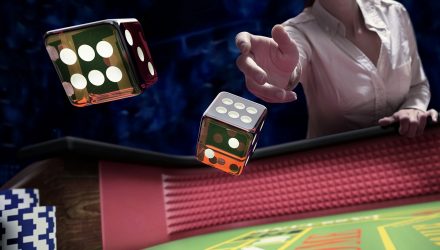 The threat of a flattening yield curve caused the capital markets to fret over an economic slowdown, but one trader saw a $1 million opportunity in the bond market, particularly the iShares 20+ Year Treasury Bond ETF (NasdaqGM: TLT).

In addition to trade war worries, rising Treasury yields came back to spook the markets where the 3-year note exceeded the 5-year note earlier this week, bringing back the notion that an inverted yield curve could be signaling a forthcoming recession. Worries over an inverted yield curve came back into focus on Tuesday as the Dow Jones Industrial Averaged declined 799 points.

As a result, the latest bout of sell-offs have sparked activity in the fixed-income options space, particularly in TLT, according to trader Mike Khouw.

“Like we saw in a lot of areas of equity options and ETF options (Tuesday), it seems like there was a lot of hedging activity, speculation that things could get a little bit worse,” Khouw said on Tuesday during a CNBC’s “Fast Money” segment.

According to Khouw, the trader snatched up 20,500 January 121/127 call spreads equal to $0.52 per contract. Each options contract accounts for 100 shares, which would equate to more than a $1 million bet on TLT rising as high as $127 by January. In the past month, TLT has risen 4.5%–a sign that investors are shifting towards safe-havens like Treasury notes.

For much of 2018, the growth-fueled bull run has seen U.S. equities garner much of the attention compared to bonds–their less exciting capital markets brethren. However, the recent bout of October volatility has bonds sharing the limelight as stocks have languished despite a brief rally following the midterm elections.