You are at:Home»Equity ETFs»‘Trade War’ Talks Are Giving China ETFs a Bad Rap 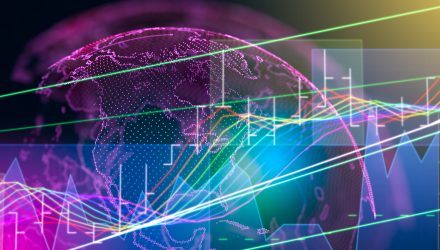 Headline news of a trade war between the U.S. and China have triggered a negative bias for Chinese equities and country-specific ETFs, causing investors to focus on short-term noise over long-term fundamentals.

“Some proportion of the public, including many on Wall Street, are letting their political views with respect to President Trump get in the way of arithmetic,” Jeff Weniger, Asset Allocation Strategist for WisdomTree, said in a note. “That can create opportunity for the sober observer.”

Global trade has only grown more tight-knit in the past few years. For example, China and Japan have improved relations. Japan and Europe have also grown closer. Arguably, there was nothing but improvement in relations between the U.S. and both Mexico and Canada, at least compared to the past summer.

“Some global trade war this is, with major foreign leaders jumping over each other to prove their free market bona fides,” Weniger said.