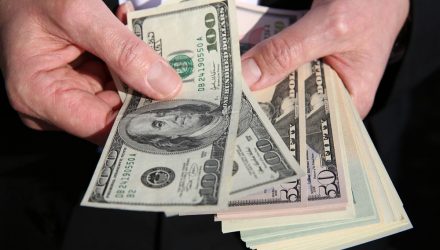 Too Much of a Good Thing With Dollar ETF Trade

“Money managers in a Bank of America survey last week labeled it the second-most overcrowded bet across markets, after speculators amassed the biggest net-short position on the dollar in more than four years, CFTC data show,” reports Anna Windemuth for Bloomberg.

Year-to-date, investors have pulled almost $193 million from UUP, a total surpassed by just four other PowerShares ETFs, according to issuer data. However, investors have been tepid toward the PowerShares DB US Dollar Index Bearish Fund (NYSEARCA: UDN). That bearish ETF has seen year-to-date inflows of just $4 million. However, that is about 10% of UDN’s assets under management total. UDN is up almost 9% this year.