You are at:Home»Video»Tom Lydon: Winners & Losers After Fed Hike 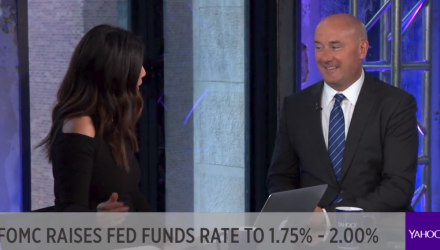 “Regional banks can hike their rates,” Lydon said. “They mostly have small companies as clients, so they’ve been very profitable as rates continue to hike up.”

As for the losers? “Homebuilders,” Lydon said. “We’ve seen homebuilders really kind of ratchet back a bit after they were on a tear for a while. Mortgage applications have declined in a big way.”