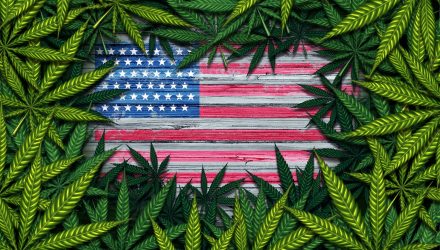 The Timing is Perfect for Second U.S. Marijuana ETF

The ETFMG Alternative Harvest ETF (NYSEArca: MJ) may not be the only exchange-traded fund (ETF) that caters to the marijuana industry in the U.S. capital markets for much longer as Innovation Shares LLC filed with the Securities and Exchange Commission to launch the Innovation Shares Cannabis ETF.

The filing for the Innovation Shares Cannabis ETF couldn’t be more auspicious as the resignation of former Attorney General Jeff Sessions came following the midterm elections, paving the way for more marijuana legislation. Sessions has a reputation for being an ardent opponent of marijuana legislation, going as far as calling cannabis a “very real danger” and that individuals of the highest ethics “don’t smoke marijuana.”

The filing comes as the 2018 Midterm Elections saw the Democrats obtain control of the House of Representatives, while the Republicans maintained their majority in the Senate–a bifurcated Congress in terms of political parties could spur more cannabis-related legislation. Analysts posit that a more Democratic House would offer the least path of resistance for major federal legislation, such as the SAFE Act and STATES Act.

The SAFE Act would disallow the federal government from punishing banks from offering services to marijuana-related businesses where it is legal, while the STATES Act would effectively eliminate federal involvement altogether in any of the states’ marijuana laws. Since the latter is more all-encompassing, it would likely come under the most scrutiny by lawmakers.

Medical marijuana usage passed in Utah and Missouri, but recreational marijuana use was defeated in North Dakota. According to a Rolling Stone report, lawmakers in New Jersey are discussing a bill that could potentially legalize marijuana for recreational purposes as early as January 2019.