You are at:Home»Alternative ETFs»This Country Doesn’t Consider Crypto to be Real Money 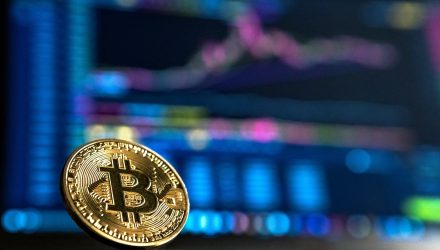 This Country Doesn’t Consider Crypto to be Real Money

We don’t use the term ‘cryptocurrency’ because it doesn’t meet the requirements of money in the economic sense of the stable means of exchange, a unit of measure and a stable unit of value,” Reserve Bank Deputy Governor Francois Groepe told reporters in Pretoria on Thursday,” reports Bloomberg.

The preferred phrase in South Africa is “cyber-token.” There is significant room for growth in the cryptocurrency universe. Recent data suggest a small amount of American investors own any digital currencies and, after bitcoin, the numbers of crypto ownership dwindle. Bitcoin prices have been tumbling in May with the largest digital currency struggling to stay about $7,500.

The Reserve Bank of South Africa is not the continent’s first central bank to voice concern about digital assets. Its counterpart in Nigeria has previously called alt-coins risky and the central bank in Zimbabwe recently banned digital currency transactions.

South Africa’s Reserve Bank “has established a financial-technology, or fintech, to review its position on private cryptocurrencies and to help drawup an appropriate policy framework and regulatory regime,” according to Bloomberg.

South Africa, one of Africa’s largest economies, has recently seen its share of controversial news related to bitcoin. Authorities there are investigating an investment scam where $80 million was stolen with the scammers promising big returns tied to bitcoin.

“The investigation follows a case this week where kidnappers demanded a ransom in bitcoin of nearly $120,000 to release a South African teenage boy,” according to Reuters.

The boy has been found alive.